by VapeVine Staff on September 12, 2019 in Articles

Is This The Real Truth About Vaping Related Deaths & Illnesses?

Hurry. Put down your vape.

It will most certainly kill you, very very soon. 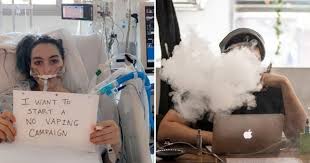 Truth about Vaping illness and Ecigarette deaths in the news

Didn’t you hear there is a nationwide OUTBREAK of disease?

Better stop it in its tracks.   Do we have a vaccine?

Ban it, dammit!  That seems to be their end-game.

So, like we said, put down your vape nice and slowly, and come out with your hands up.

This is the current state of the hysterical fear-mongering campaign being waged against vaping.  Indeed, every headline seems to read: “VAPING-RELATED Illnesses & Deaths!”

Forget the fact that the media could have just as easily characterized the headlines as “THC-RELATED Illnesses & Deaths”, since almost all reported cases have involved some sort of cannabis product.

But hey, marijuana is big business now. Legal, baby! That’s state tax revenue. So, let’s not cause undue panic and scare people away from these dispensaries and the often-questionable, ‘cartridge-type’ cannabis products they sell.  No, no.  Let’s keep the perception that all forms of recreational marijuana are perfectly safe.  Let’s also not hold accountable any government agency for failing to properly study, test and analyze these newer marijuana delivery systems before they were released to the public.  No, that would create bad karma, dude.  Instead, let’s make vaping itself – vaping in general – the fall guy!  That’s a news narrative that could really go viral.

Now, don’t get us wrong.  Even 1 death is too many.  But correlation is not causation.  It is a logical fallacy to assume that an apparent association between two events is from cause and effect.   For example, numerous parents are convinced of a link between vaccinating their kids and the development of autism.  There are literally hundreds of thousands of anecdotal stories across the globe reporting this adverse reaction, and it is very compelling to the human psyche to generate fear based on these observations.

But is it right to call for an immediate ban of vaccines?  Is it even responsible to give vague warnings about vaccines in general?

Similarly, these recent, uncontrolled observations and stories from public health officials and the media about “vaping” are certainly playing to our emotions.  Pictures of teens in hospital beds are powerful imagery. 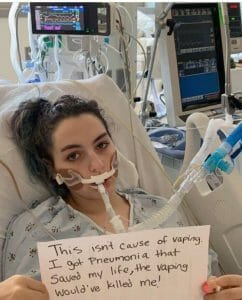 And trying to further imply that flavored nicotine juice (which has now been used by an estimated 50 million worldwide adult users since 2011) is somehow equally as dangerous as these already-implicated black market THC cartridges is not only an irrelevant distraction, but is doing the public a disservice.

Do you want people who have switched from combustible cigarettes to vaping, to switch back to smoking even though it is indisputably much more dangerous?

Again, the vaping of flavored ejuice is hardly a new phenomena.  After nearly a decade of regular use by tens of millions, you want to us believe that, suddenly, and without warning, ejuice vapes are responsible for these acute illnesses, many of which are said to have developed within a few days or months after the patient starting vaping?

Even from an epidemiological standpoint, it makes little logical sense.  Wouldn’t we have seen something like this much, much sooner if there is an actual, fast-acting disease process at play?  Vaping has essentially been mainstream for 8 years.  So, why is there, now, a swift cluster of cases being reported (all within the USA mind you) and all within the span of a few weeks?

Could it be exactly what the FDA and Health Canada are warning people about: These newer-to-the-market, legal and illicit THC oils?  These have really only been around for the past 2 years – which could explain the newness of these illnesses –  and something like over 94% or more of the reported illnesses have indicated THC oil cartridge usage.

Let’s dig a little deeper into the facts.  In addition to admitting to vaping black market THC, almost every patient suffering from these new, “mysterious” lung illnesses also had a history of underlying, chronic health conditions, usually involving the lungs.  So before we even implicate vaping, exactly how in-depth were these patient-intake questionnaires?  How many of these patients were former smokers even?  How many had been routinely exposed to second hand smoke?  What about recurrent exposure to air pollution, car exhaust fumes, particulate matter?  Where did they work?  What was their fitness level?  Did they have asthma?

The point is, there are literally hundreds of factors that can contribute to illness, lung dysfunction, even death.    Of course it’s still possible that vaping THC exacerbated their sickness, but trying to pin the blame on just one risk factor of the bunch as the most probable cause is rife with problems, and generally reveals more about the person or agency doing the diagnosis, rather than the disease itself.

So, when a teen patient self-reports to a doctor that “Yes, I have tried e-cigarettes,” but fails to mention their frequent THC vape usage (perhaps to hide it from their parents), is that all the subjective, observational data a doctor needs to point the finger?  Is that also – and precisely – the AH-HA moment the CDC is currently looking for and choosing to focus on?  Are these just trendy, sexy, copycat diagnoses that reveal a kind of confirmation and recency bias?    Small town docs are certainly garnering lots of national media attention for claiming to have ‘found another case,’ but how much is this climate of hysteria influencing their decision-making?

Or worse yet, is there a more sinister Big Tobacco agenda at play?  Did all of these JUUL lobbyists finally strike a deal with Washington by perhaps agreeing to absorb bad PR and sales losses in the short-term, for the long-term gains of ultimately eliminating competition ?

We don’t know for sure.  We may never know.

What we do know is that the vaping industry is taking major heat for what appears to be a marijuana industry problem.

We also know that – illicit cartridges or not – the legal cannabis companies themselves could have done a much better job at rolling out these concentrate and oil products with better research, proper disclosure of ingredients and clearer instructions on exactly how to use – and not use – products like THC oil tinctures.

For example, it is still not common knowledge that MCT, coconut-oil or sunflower-oil based THC and CBD oils are FOR SUBLINGUAL INGESTION ONLY. That means you can only put a few drops under your tongue.

No, you can’t dip, or dab or even drip them onto a coil. They are not meant to be inhaled.

Yet, we regularly get people coming into the VAPEVINE store with their legal oils from Aphria asking which device they can use to vape these oils. 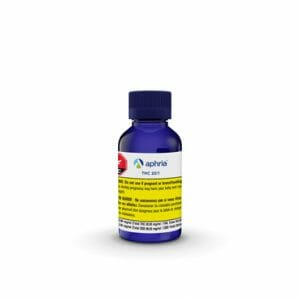 Wait, what? Didn’t Aphria tell you that you absolutely cannot vape oils?

Didn’t they put in their product mongraph in big bold print something to the effect of:

WARNING! THESE OILS ARE FOR INGESTION ONLY, NOT INHALATION. DO NOT VAPE OR SMOKE OR YOU RISK ASPIRATION OF OIL INTO THE LUNGS WHICH CAN CAUSE LIPID PNEUMONIA, LUNG INFLAMMATION AND/OR ACUTE RESPIRATORY DISEASE.

And if they didn’t give you this clear direction…why not?

For this is exactly the kind of new product education that is needed and should be mandatory on all packaging.

You see, the average customer who walks into a vape shop assumes that the nicotine vaping eliquid or ejuice we sell must be “some kind of oil”. 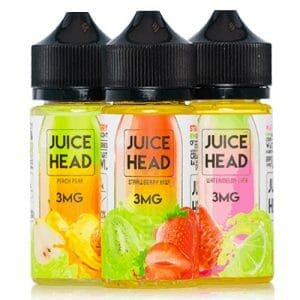 They assume that since it’s thick, viscous and kinda yellow…well, it quacks like oil, so, it must be an oil.

The ejuice used in e-cigarettes and vapes is vegetable glycerin based. Glycerol is a sugar alcohol, not a fat or lipid.

And the flavourings used in eliquids are propylene-glycol based, not oil-based.

By comparison, some of the THC culprit products that have recently been associated with these ‘supposedly sudden’ lung illnesses have used oils like Vitamin E acetate as thickening agents, as well as, other oil-based flavorings.

There are also numerous cases of reported illness where the THC oils used were illicitly obtained on the black market, with god-knows-what in them.

And, as you now know, oils should NEVER be vaped, smoke or inhaled.

But if an unwitting customer did just that – vaped THC oil that he probably should have ingested – do you now blame and ban the hardware, the e-cigarette, the vaporizer?

Do we ban syringes because people use them to shoot up heroin?

There is little evidence that conventional e-cigarettes are the problem here.

But the media and government agencies are quickly jumping to their throw out the baby with the bathwater conclusion, by trying to lump all flavored vaping juices and devices in the same dirty tub.

Sure, THC vapes and nicotine ejuice vapes may be cousins, but they are not blood-related.

If your cousin-by-marriage commits a crime, are you at fault, too?

Look, there are an estimated 10-15 million vapers in the US, many of whom have been using e-cigarettes for many years.

But suddenly, and within a few weeks span, there is a “outbreak” of cases of severe, acute respiratory dysfunction linked to vaping that results in the death of 7 people?

This is tragic and our hearts go out to the families.  But, again, what else do we know about these 7 people? Do we know their full medical history? Do we know if they were perfectly healthy just weeks ago?  What exactly does linked to vaping even mean?

No one really knows yet, but, hey, let’s ban vaping anyway.

A decrease in lung function has been linked to hair spray use, too.

So, let’s ban hair spray while we’re at it.

Seems like the politicians and lobbyists are using this reported ‘crisis’ to pass immediate legislation.

Heck, Michigan just became the first state to ban all flavored ecigarettes. That was quick.

Who knew red herrings could swim so fast? 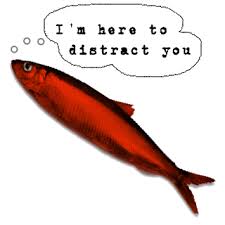 Could the Trojan horse conspiracy that Altria bought into JUUL only to kill it from the inside, be true?

Is this Who killed the electric car? all over again?

We don’t have the answer.  And clearly we have a vested interest and a dog in this fight.  But we want you to read the news with a skeptical eye and listen to your own body rather than the ‘reports’.  It’s your life.  Enjoy it.