Will JUUL in Canada be banned? 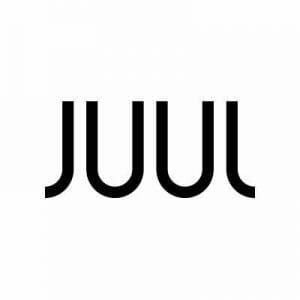 JUUL officially crossed the border into Canada on August 30, 2018, but not without a considerable amount of controversial baggage.

While JUUL was welcomed amid much fanfare by Canadian adults eager to finally get their hands on this effective smoking alternative, many curious teens were also chomping at the bit.

In short, JUUL, the fastest startup company in history to raise over $10 Billion from Venture Capitalists, beating Facebook, Snapchat and Dropbox, is kind of a big deal.

It is also extremely addictive.

As it turns out, the JUUL device was not simply being coveted by those looking to quit cigarettes in Canada – a noble pursuit – it was attracting those under-19 teenagers who never smoked or used nicotine in the first place and who aren’t legally allowed to vape in Ontario.

Suddenly, the wonder stick that was helping hoards of people dramatically reduce their exposure to combustible tobacco, was a frog stuck in its own slow boiling pot of water. Little by little, the heat turned up and JUUL started becoming a victim of its own success. That’s when the FDA called.

Vaping use among teens is at an alarming rate, they said, and JUUL needs to come up with plans to combat youth vaping. They were given 60 days. That was Sept 12, 2018. 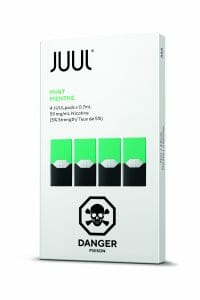 There have been rumblings that some of the JUUL pod flavours may be restricted. Certain flavours that may sound attractive to kids could be dropped. In this vain, we have recently seen how the word “cool” in two flavours “Cool Cucumber” and “Cool Mint” has been eliminated and the pod flavours have been renamed “Cucumber” and “Mint”.

We have also seen that JUUL has come out with new, lower nicotine pods that have 30mg or 3% Nicotine, compared to the original 50mg or 5% nicotine pods. These are moves in the right direction.

***NOVEMBER 8, 2018 UPDATE***  According to this Washington Post article, The FDA plans to ban the sale of flavoured e-cigarettes like the JUUL in all convenience stores and gas stations in the United States.  Will Canada follow?

***NOVEMBER 9, 2018 UPDATE***  According to this CNBC article, article, JUUL now plans to stop selling fruit flavoured pods like Mango in retail stores in the USA

Is JUUL Bad For You?

Health Canada has been noticeably less aggressive than the FDA in regards to regulation and has largely been more supportive of the vaping industry in general. In fact, Health Canada agrees that vaping is less harmful than smoking and that switching from tobacco cigarettes to vaping products will reduce a person’s exposure to many toxic and cancer-causing chemicals.

While Health Canada has indeed set the legal limit at 6.6% nicotine by weight for vaping products, and also requires ejuice packaging to be child-proof with toxic symbols on the label, they have otherwise let the Canadian vape industry self-regulate. 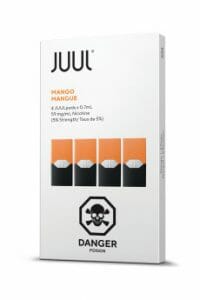 The JUUL, of course, is admissible into Canada now that they have made Canadian packaging with both French and English translations, as well as, the appropriate toxic labels. And while nicotine is still considered an “addictive” chemical, it is not carcinogenic (does not cause cancer) and also has some remarkable, redeemable qualities with regard to certain inflammatory and neurologically issues.

As per Health Canada regulations, vaping products cannot make any therapeutic health claims in Canada, so JUUL or any manufacturer or Canadian retailer cannot legally claim that a certain vape product is good or bad for you. The consumer must make up their own mind in this regard, based on first-hand experience.

Being addicted to anything is never healthy. So, if you are someone who does not currently smoke or use tobacco products, why would you start vaping nicotine? There are plenty of nicotine-free ejuices available and many open pod devices that are excellent alternatives to the JUUL’s closed pod system.

What is an Open vs Closed Pod System?

With JUUL, you must buy JUUL pods (hence the “closed system”) and you are limited to the flavours and nicotine salt strengths that they offer. Open pod systems give you much more variety and freedom. You can fill them with any ejuice you want, including nicotine-free juices, and you can buy larger bottles which helps you save money.

So, even though it doesn’t look like JUUL is getting shut down anytime soon, know that even if it eventually does, you have plenty of other choices available to you that can easily keep you off the stinky cancer sticks.